Eating together at work and in negotiations

In the interviews I’ve done with leaders and workers at companies that have implemented shorter workweeks, I often hear– in the smaller places at least– that they eat together. 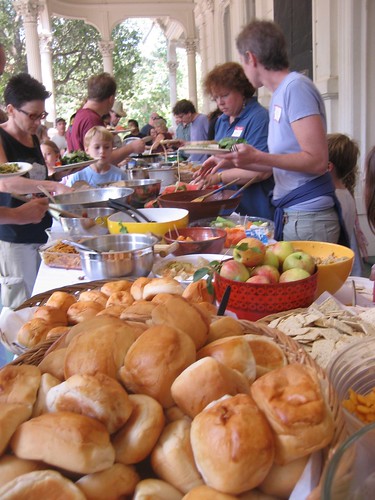 Eating together is a powerful form of bonding for any group

At MADE Agency in Norwich, the office closes during lunch hour, and most of the staff goes out to eat together. At Pursuit Marketing, a Glasgow call center, people have breakfast together before diving into the day’s calls. When he decided to fight back against the culture of overwork and burnout in the restaurant industry, one of the changes René Redzepi implemented at Noma was to introduce

real staff meals where you sit down to eat together. We had to change our opening time from six to seven to allow for a one-hour dinner break, but it was worth it. For too long I’ve been eating out of a plastic container while standing next to my section, and I don’t want my cooks getting accustomed to the same thing.

This is one of those small-sounding changes that can make a big difference in organizations. Eating together is a way for people to spend time together in an environment where they can actually pay attention to one another; it can improve social bonding within groups; and if it’s paired with cooking, it becomes a cooperative activity that helps reinforce skills that groups can use in their work. 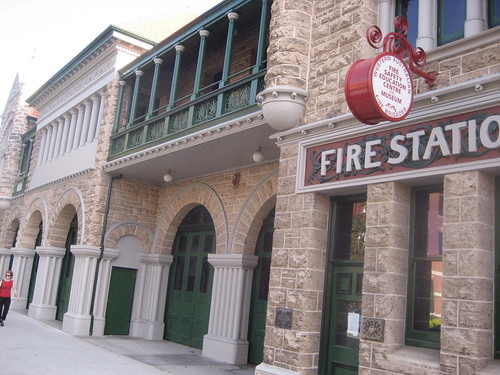 The canonical example of the last is the firehouse. In “Eating Together at the Firehouse,” Kevin Kniffin and his coauthors found that firehouse that cook and eat together perform better than those that do not. Here’s the research:

Over the course of 15 months, Kniffin and his colleagues conducted interviews and surveys in a large city’s fire department, which included more than 50 firehouses. The researchers asked the department’s 395 supervisors to rate on a scale of zero to 10 the performance of their platoon compared to other fire companies in which they’ve served. The supervisors were also asked how often the platoon eats together in a typical four-day work week. The platoons who ate together most often also got higher marks for their team performance. Conversely, the platoons that did not eat together got lower performance ratings.

In interviews, firefighters said daily group meals were a central activity during their shifts. Some firefighters who worked a shift that started at 6 p.m. often ate two dinners, one at home and a second at the firehouse. One firefighter said, in the company of his co-workers, “you don’t want to dis the wife” by turning down the food she prepared – implying that it was just as important to avoid disrespecting his co-workers. “To me, that’s a good example of the importance of the group. It’s comparable to his family,” said Kniffin, whose father was a longtime big-city firefighter.

In fact, the researchers noted firefighters expressed a certain embarrassment when asked about firehouses where they didn’t eat together. “It was basically a signal that something deeper was wrong with the way the group worked,” Kniffin said.

As Kniffin explained, “Eating together is a more intimate act than looking over an Excel spreadsheet together. That intimacy spills back over into work…. From an evolutionary anthropology perspective, eating together has a long, primal tradition as a kind of social glue. That seems to continue in today’s workplaces.”

There’s actually a fascinating culinary culture among firefighters, strong enough so that “learn to cook” is a piece of professional advice that experienced firefighters give newbies. “Confidence in the kitchen will go a long way to make your life and career easier, and help you fit in no matter where you work and no matter who you work with,” one writer warns:

The standards are often very high, and you’ll be up against some tough culinary competition, so start learning to cook now, or work to improve and expand the cooking skills that you do have before you get the job.

When it comes to firehouse cooking, remember this: it takes 100 good meals to make up for one really bad one. And if the meal is bad enough, it can haunt you your entire career. My crew still talks about a terrible meal that I prepared more than 10 years ago.

And it’s not just groups that work together regularly, or have to perform as a team under life-and-death situations, who benefit from eating together. An interesting new study from the University of Chicago looks at “why sharing a plate leads to better negotiation outcomes“:

Here’s a new negotiating tactic: Enjoy a family-style meal with your counterpart before making your opening bid. When people in a business negotiation share not just a meal but a plate, they collaborate better and reach deals faster, according to new research from the University of Chicago Booth School of Business.

The experiment consisted of two parts. Randomly-assigned pairs of students had a snack of chips and salsa, and either shared from the same bowls, or had their own. 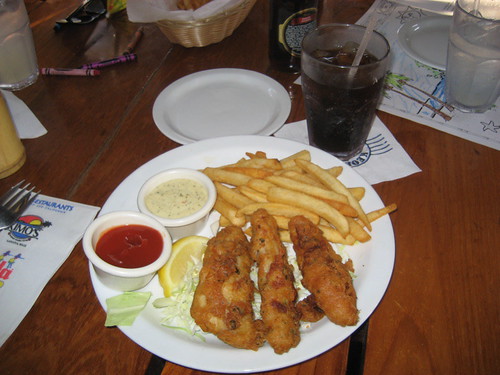 Okay, these aren’t the right kinds of chips, but it’s the only picture I had

The pairs then had to negotiate a solution to a labor dispute; if they didn’t settle the dispute in time, a strike would be called, making subsequent rounds increasingly costly.

Teams with shared bowls took nine strike days, on average, to reach a deal, four fewer than pairs that had eaten from separate bowls. This difference translated into significant dollar values, saving both parties a combined (if hypothetical) $1.5 million in losses.

This phenomenon, the researchers write, was unrelated to how two people in a negotiating team felt about each other. Rather, what mattered was how well they coordinated their eating.

The relationship between food, sociability, and organizational performance also serves (so to speak) as an important reminder that an awful lot of the work required to implement a 4-day week and make it a success does not require making dramatic changes in how the company works, or investing in cutting-edge productivity tools, or doing other very disruptive or alien things: it’s small changes that you can undertake at virtually no cost.