It works in practice, but does it work in theory? A new critique of the 4-day week

Economist Wim Naudé has just published an article in The Conversation listing “Five reasons why the four-day week won’t work.” Unfortunately, it’s one of those economics pieces that can be summarized as, “It works in practice, but does it work in theory?” 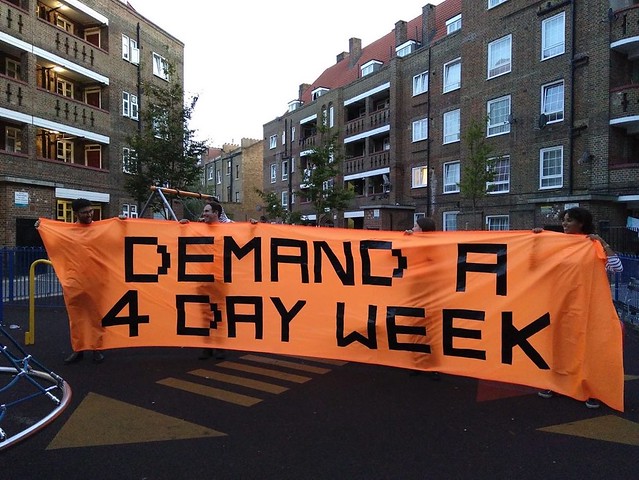 Before I get into what’s wrong with it, I should note that it has links to some pretty useful academic economics articles on the history of nation-level working hours and their impact on economic growth, productivity, etc. But my praise has to be limited, as even this reveals two foundational problems with the article’s analysis: it uses nation-level and macroeconomic data to attack firm-level decisions, and completely ignores the literature analyzing firm-level or individual impacts of shorter working hours.

To me, the single biggest problem with the article is that it’s confusing different kinds of worktime reductions. He begins by mentioning 4 Day Week Global’s trials in the UK, US, Canada, Ireland, and Australia and New Zealand, which are specifically about reducing working hours without cutting salaries or reducing productivity; but the rest of the piece is about what happens if companies reduce working hours but cut salaries, or argues that reducing working hours reduces productivity– in other words, arguing that the 4-day week won’t work because things the trials are specifically designed to avoid are bad.

Yes, they are bad. That’s why we’re designing to avoid them.

This kind of logical error is something I see all the time in arguments about automation and robotics. Will robots take our jobs? National economic data suggests that more automation correlates with overall job growth, but that leaves out two things: the quality of the new jobs being created (trading union manufacturing jobs for gig work or lower-paid and less stable retail jobs, for example), and the important role that ownership of automation plays in determining how technologies affect worker’s lives.

Here’s what I mean. Say you’re a taxi driver, and technology for fully autonomous, self-driving cars comes on the market. Will this eliminate your job?

The answer is, it depends on who’s deploying the technology, and who gets the benefits.

if the technology is controlled by a robot ride-haling company– call it 0ber– then you’re screwed. 0ber wants to put you out of business, capture your income, and keep it for itself. The Subzero freezer in the CEO’s apocalypse bunker isn’t going to fill itself with wagyu steak, after all.

But if the technology can be retrofit in existing vehicles, then you could put it in your own car, send it out on the road, and collect the money at the end of the day– because you own the automation. In fact, you could go from driving 10 hours a day, to owning two or three robot taxis.

See the difference? Same technology, completely different outcomes depending on who own the technology and how it’s deployed.

Immediately conflating (or confusing) the 4-day week movement with all other kinds of worktime reduction makes it easier for Naudé to make his case; but it also undermines it.

Now on to specific arguments.

Naudé’s first claim is that “A four-day week is unlikely to enhance productivity unless it’s already low,” and he goes on to argue that the countries in which companies are trying a 4-day week are at the higher end of the global productivity rankings– and that previous reductions in work time, like Japan in the 1980s and 1990s, had a negative impact on economic productivity. 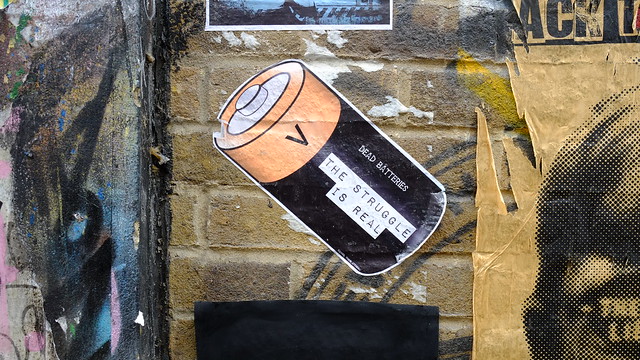 This claim confuses firm-level and national-level results, and the fact that companies have a lot of agency over what they can do to improve productivity (or efficiency, really) that countries do not. Likewise, there’s a big and ever-growing body of evidence that productivity does not have to go down when you reduce working hours, because there’s a substantial amount of wasted time in the average workday.

The second argument is that

Claims that we would all be happier working four days overlook the theory of the hedonic treadmill, which argues that permanent extra happiness is a mirage. People may feel happier over, say, a six-month period. But over a longer duration, they would arguably revert to their previous level of happiness.

Yes, the hedonic treadmill is a thing. Is that a reason to never do anything that makes you happier, on the grounds that it won’t make you happier forever? Of course not.

Naudé’s contention that the hedonic treadmill is an argument against the 4-day week reminds me of the scene from Annie Hall (yes, Woody Allen, extremely problematic, etc.) where Alvy Singer becomes depressed after reding that the universe is expanding:

You’re here in Brooklyn! Brooklyn is not expanding!

The more serious response is that the hedonic benefits of the 4-day week are not merely the consequence of a one-time reduction in working hours. The benefits flow from having more time to invest in your own development, pursue hobbies, have children– things that are not a direct product of having a 4-day week, but which are all made possible or easier by shortening working hours.

I spoke recently to one 4-day week company founder who had her first child last year, and she said that it was impossible to imagine being a mother and a CEO (of a company based in London that’s launching offices in New York and Sao Paolo, thanks very much) without the 4-day week. 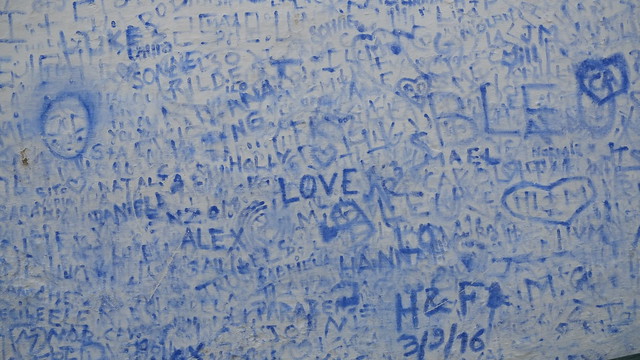 It’s like money. It’s absolutely the case that money does not make you happier. But money can buy happiness if you know how to invest it– in others. And the other things you can do with a steady source of income, and a greater sense of economic security, absolutely positively can make you happier.

“A four-day working week may worsen inequities at work,” Naudé’s next argues: “People already working four days a week – at four-day wages – would find themselves doing the same work for a smaller salary than those whose working days had just reduced.”

Again, this is a theoretical objection to a practical reality: companies that move to 4-day weeks have generally given people working part-time the option to reduce work time further, or to become full-time. 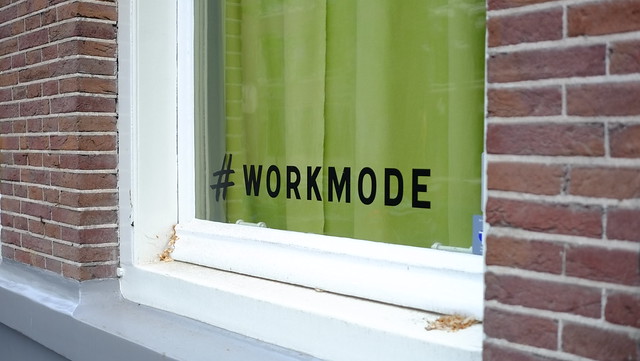 Indeed, in Iceland the public sector’s move to a shorter workweek was designed in part to eliminate the inequalities that existed in professions like nursing, where large numbers of women were working part-time and therefore getting smaller pensions, benefits, etc.

Countries like Ireland or the UK may require draconian work-floor practices to squeeze enough productivity out of a four-day week, including requiring employees to work more daily hours than before.

This is a bit like arguing in 1920 that the 40-hour workweek would be bad, on the ground that if you make people work 20-hour workdays, that would be bad.

Yes that would have been terrible. But that’s not what anyone was proposing, and the 4-day week movement is quite explicitly about reducing total working hours.

This one is a bit odd.

There is a strong association between reduced working hours and increased part-time employment. This is because companies whose full-time workers reduce their hours have to hire part-timers to ensure output does not drop, especially in the service sector.

Part-time jobs are, however, associated with “low pay and temporary contracts”. A surge in part-time employment would therefore lead to reduced earnings overall.

I say odd because while it’s true that part-time employment tends to be less well-paid, and indeed some companies have figured out how to leverage labor market flexibility and technology to depress wages, impose zero-hour contracts on people, etc., you would not expect any of this to happen in an environment in which everyone reduces working hours together. Within a firm, if everyone from the CEO to the brand-new employee moves from a 40-hour workweek to a 32-hour workweek, there’s no stigma around reduced hours. 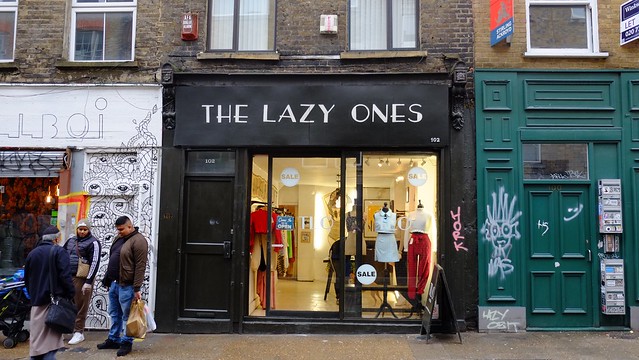 Further, depending on the type of company, reduced working hours can boost full-time employment. Companies that operated on 8-hour shifts often hire more people when they move to 6-hour shifts (and the lower spending on recruiting, and benefits of lower turnover, can help offset the cost of hiring more people).

One supposed benefit of shortening the working week is reduced unemployment…. When labour markets are so tight, it would be strange to reduce the labour supply by cutting everyone’s working hours…. Such a reduction would exacerbate labour shortages. It would also squeeze public finances – for example health services would require more staff, thus raising the wage bill.

I will admit that the relationship between reduced working hours and unemployment needs to be better studied, for different kinds of reduced working hours. But in a tight labor market, at the firm level it’s completely rational for leaders to pursue a shorter workweek as a way to defend against labor competition, rising wage pressure, etc. 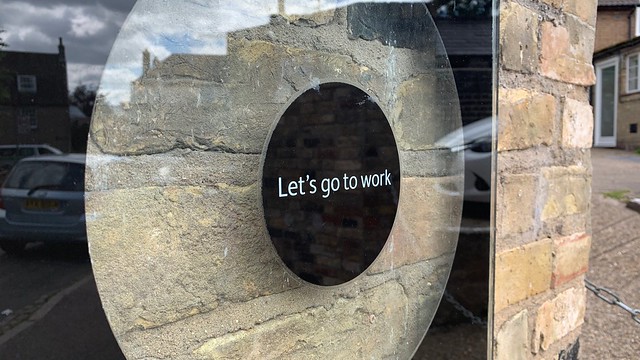 Okay, back to real work (even though it’s a Friday).