The Guardian has a piece by 16 year-old Orli Vogt-Vincent about “STEM subject snobbery,” and how the emphasis on science, technology, education and maths* leads us to both underfund arts classes, and encourage kids to see them as unserious. (Vogt-Vincent is something of a phenom when it comes to writing about higher education; her piece on how constant testing gives her panic attacks is quite something.) She writes:

At 16, I am constantly baffled by people who believe they can define what is of academic value. People see me as an equation – because I am academic, I should not choose dance and drama at GCSE.

“But you’re, like, clever – why dance?” was one friend’s response.

“What do you even do? An extra A* to prance around?” was the response of someone who, needless to say, was not my friend….

There’s this stigma with the arts that only “unintelligent” students take those subjects. I still struggle to be taken seriously for taking arts subjects. I was told by advisers that dance and drama wouldn’t help me to get a suitable career, and by other adults that I was wasting my potential.

This is the view from England, but you’d find the same problem in many schools in the United States.

While I was writing REST, some of the most interesting studies I read compared the hobbies of high-achieving and low-achieving scientists. In particular, there was a study started in the late 1950s by UCLA sociologist Bernice Eiduson to understand what separated great scientists from their less accomplished colleagues.

Lots of psychologists had tried to figure out what marked some people for greatness, but no one had found the thing— the single personality trait, the “genius gene,” the cognitive edge— that all successful scientists share. Eiduson thought that by watching their careers unfold over several decades, and talking to and testing them at regular intervals, she might see things in successful lives that one-off interviews and short studies couldn’t. 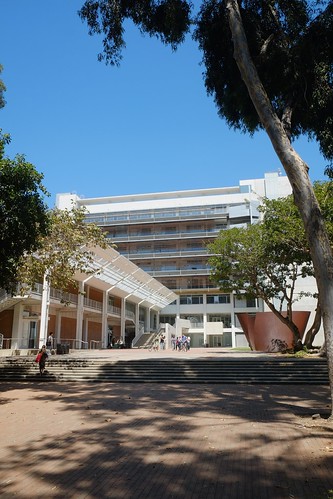 Eiduson found forty young and mid-career scientists who agreed to be interviewed about their life and work, sit for psychological tests, and most crucially, keep doing so. All of them were products of top graduate programs, promising researchers, and young enough to have long, productive careers. Eiduson would follow this group for more than twenty years, and in that time the lives of the forty diverged. Some were elected to the prestigious National Academy of Sciences. Others received promotions and prestigious chairs at their universities. One became a presidential science advisor. Four won the Nobel Prize; one, Linus Pauling, won it twice. Others settled into less distinguished careers. Some continued to struggle to do serious science, but couldn’t keep up. They became administrators, or focused on teaching. 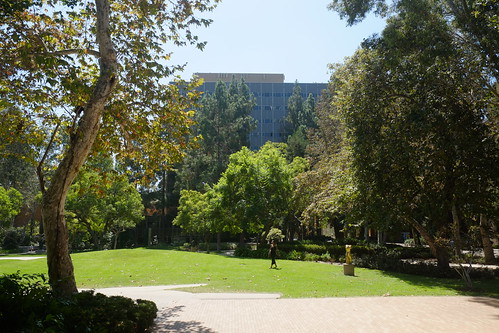 From a sociological standpoint, it was an ideal outcome. A group that looked roughly the same decades earlier had split into two parts. The challenge now was to figure out why.

So what did she find that separated the top performers from the rest?

It wasn’t performance on intelligence tests— there didn’t seem to be a genius gene— nor were there personality traits that were really unusual. (The high performer were ambitious and competitive, but so are lots of people.) No, what separated the great from the good were— as Eiduson’s collaborators would discover after she died in 1985— other factors.

There are tons of examples I could give— and do give in the book— of world-class minds who are also great athletes, serious painters, musicians, even pool players (Albert Michelson, who measured the speed of light, was a master billiards player). And there’s good evidence that being good at these different activities strengthens creative ability, and provides much-needed deliberate rest for busy, hard-charging people.

So extrapolating from Eiduson’s work, if you want to produce people who have technical skills, but never will be able to do anything more imaginative than quality control for LG, then teach them lots of science and math, and nothing else. In contrast, if you want to produce people who’ll create category-defining products, overturn paradigms, and make scientific breakthroughs, by all means offer the physics and chemistry— but also encourage them to play sports, learn to paint, and play music.

Or as Vogt-Vincent put it,

Stopping young people from expressing themselves at such a young age is not doing them any favours…. To study arts subjects, you have to take risks, push yourself emotionally, expressively and creatively in every lesson, you have to persevere and be interpretive, passionate and collaborative. I’ve worked harder in these subjects than I’ve ever worked in my life.

* Since we’re talking about an English article.

** Once again, talking about an English article here.

By askpang|2022-07-23T12:03:04-07:00January 31st, 2016|Business and work, Creativity, Education, Kids, Science|Comments Off on The Bernice Eiduson longitudinal study of scientists and STEM subject snobbery