Professional speaking, however, is far more mercantile. It’s not an economic exchange layered atop an intellectual kinship network. Your talk is a commodity; it’s purchased like a DVD or a long book, with a certain amount of attention to content and audience, but with the expectation on the buyer’s part that they know what they’re getting. That means you’re there as a performer and a professional, not an old friend. This doesn’t mean you can’t become friendly with the people who invited you; in my case, I’m lucky to have had some really terrific people invite me to speak at their conferences or on their campuses. But it’s a professional relationship first and foremost. It’s a lot more like your relationship with your doctor than your college classmate. 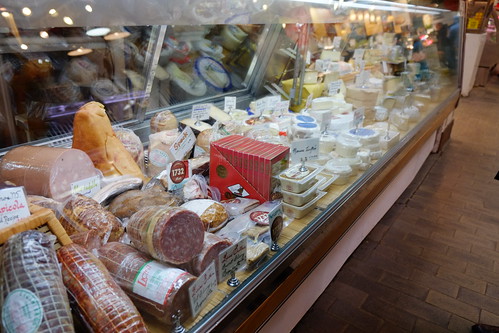 What this means is that you’re “delivering” a talk in two senses. Obviously you’re getting up in front of a couple hundred (or a couple thousand) people and speaking.

But you’re also delivering yourself to the venue. And you should pay some attention to that.

While the arrangements are often physically quite nice– I’ve stayed in some excellent hotel rooms since signing with Lavin– it’s not personal. You do a lot travelling alone, eating alone, working in your room alone. This isn’t bad; but it’s just worth knowing. 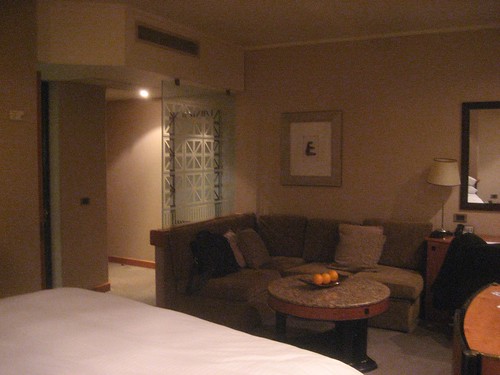 While at first I found it a bit disorienting, I now appreciate this singular or solitary mode. Not having the distractions of being a tourist or having to catch up with people, or worse yet, being caught in one of those situations where your host’s sense of social obligation requires them to escort you around to museums or other places neither one of you really wants to see, lets me focus on the talk. 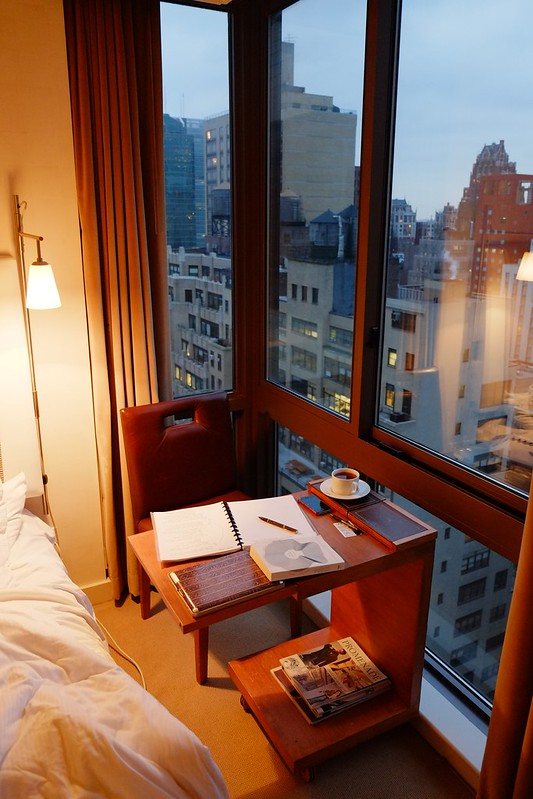 And after all, the talk is why you’re there.

The most important thing you can do to ease your travel is this:

Don’t have anything you need to do while you’re travelling.

First and foremost, this means, don’t write your talk on the plane. 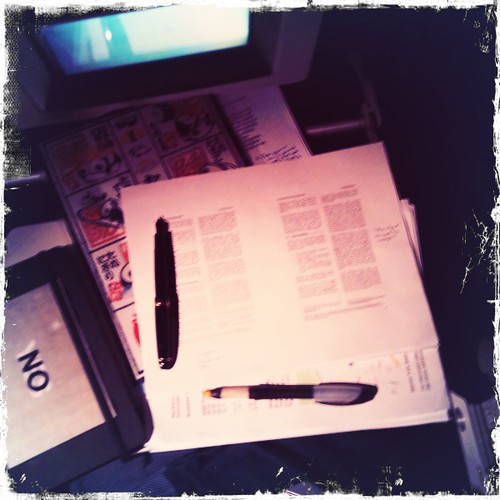 I used to be one of those people who’d completely rewrite his talk the night before.

I did some of my best thinking on planes, and I’d show up at the venue with my talk on a jump drive, and a talk that looked like it had been run over by a truck full of Post-Its. But after I started working with Lavin, I realized that this wasn’t really productive. Sure, I might come up with some cool turn of phrase ten minutes before showtime, but it meant I was giving talks that were less polished, and often had some sections that were overprepared, and others (especially the conclusion) that were just sketched out. 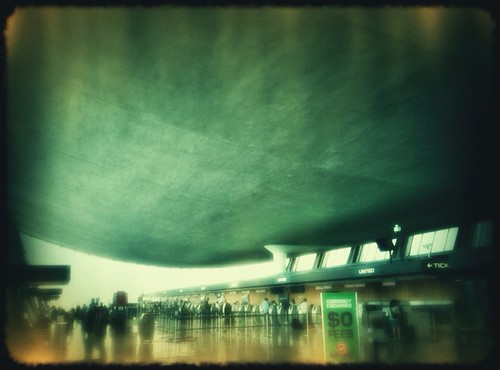 Now, I’m giving versions of the same couple talks, which means I need to change them very little, and there’s very little incentive to try to come up with something completely new. Remember your audience wants to hear the version of your hit song that they heard on the radio, not your new acoustic swing-time interpretation. 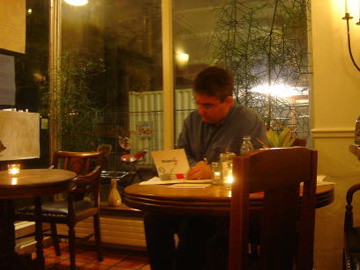 Plus, as my slides have become denser– that twenty seconds per slide rule, or whatever it is, is crap– I can’t afford to just wing it. A small number of people are able to do a good job speaking spontaneously, or working with notes that serve as a scaffold, but I want to make sure I hit my marks exactly. 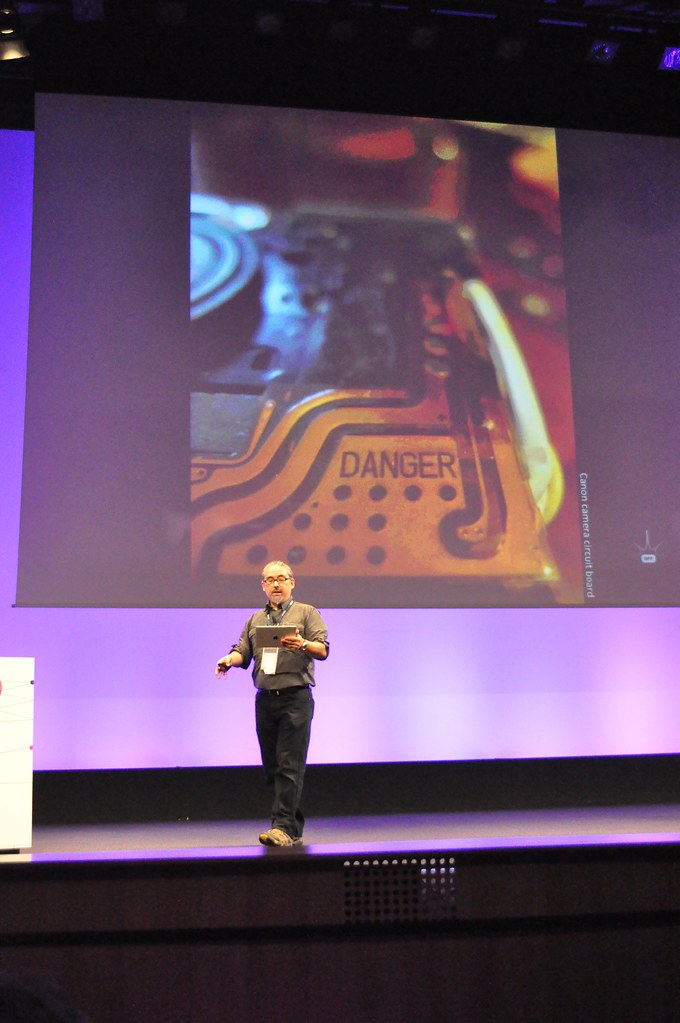 So now, I freeze my slides several days before a talk, and while I go over my talk and make small edits while I’m on the road, I absolutely don’t make big changes the day before. At that point, and especially once your talk is loaded onto the presentation machine, you’re in Tim Gunn mode: you make it work.

(And don’t trust in your own ability to improvise. To paraphrase Chopin in the movie Impromptu, a talk should seem spontaneous; no one must know the desperate calculation that goes into it.) 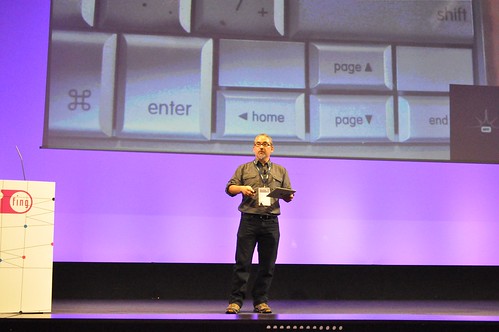 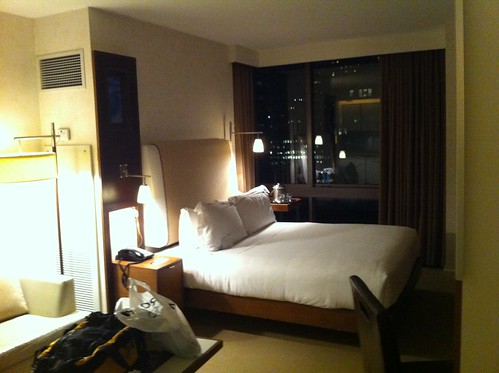 This may sound trivial, but to quote the line in the movies, you have One Job– ONE JOB– during this trip. You don’t want to blow it by getting too little sleep the night before.

So simplifying everything so you can deliver yourself to the venue, rested and ready, is essential.

It also means attending to the logistics of the trip well before hand.

For example, a few days before, make sure you know where the hotel is, where you’re speaking, and how to get from one to the other. Once you’re on the ground you want to be able to execute a plan, not struggle to figure out what to do. This will also help you travel light: the fewer pounds you’re carrying the better. 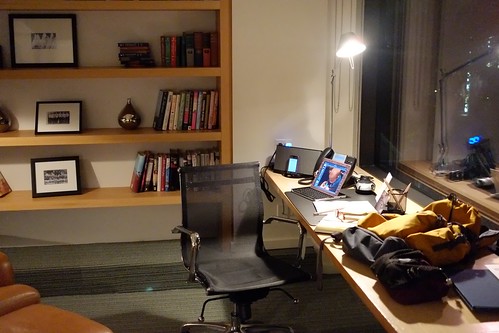 Since I spend a fair amount of time in the hotel, I now carry a change of clothes specifically to wear in the hotel: a pair of sweatpants, or flannel pajama pants, and a hoodie. Changing into these helps underline that I’m In For the Evening– no temptation to wander down to the bar– and it’s just more comfortable.

I’ve also gotten into the habit the night before of ironing my clothes, laying them out, putting business cards in my pocket, packing my bag for the talk and my suitcase for the trip. I don’t want to have to do anything the morning of my talk except review the talk.

My goal is to be able to oversleep terribly, wake up 5 minutes before I need to leave the hotel, and still walk on stage looking sharp. 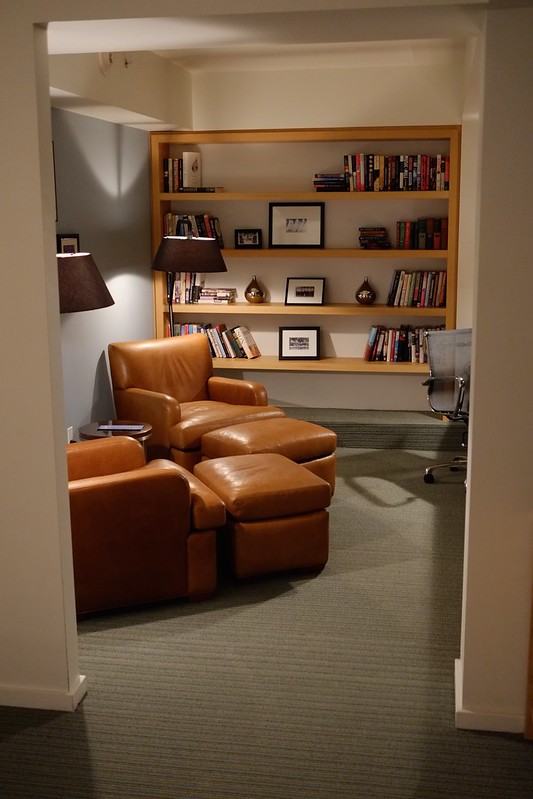 Reducing the number of decisions you have to make, and the number of little things you have to do the Day Of, also leaves your mind freer to focus on the talk itself. But as should now be clear, everything you do before you leave and while you’re on the road should be in the service of the talk, and doing a good job.

Posts in this series: